Discovering the authentic South-West of Mauritius

The South-West coast of Mauritius has a crazy charm and a unique cachet that you will have the opportunity to discover if you join us to visit the places that make the magnificence of Chamarel. 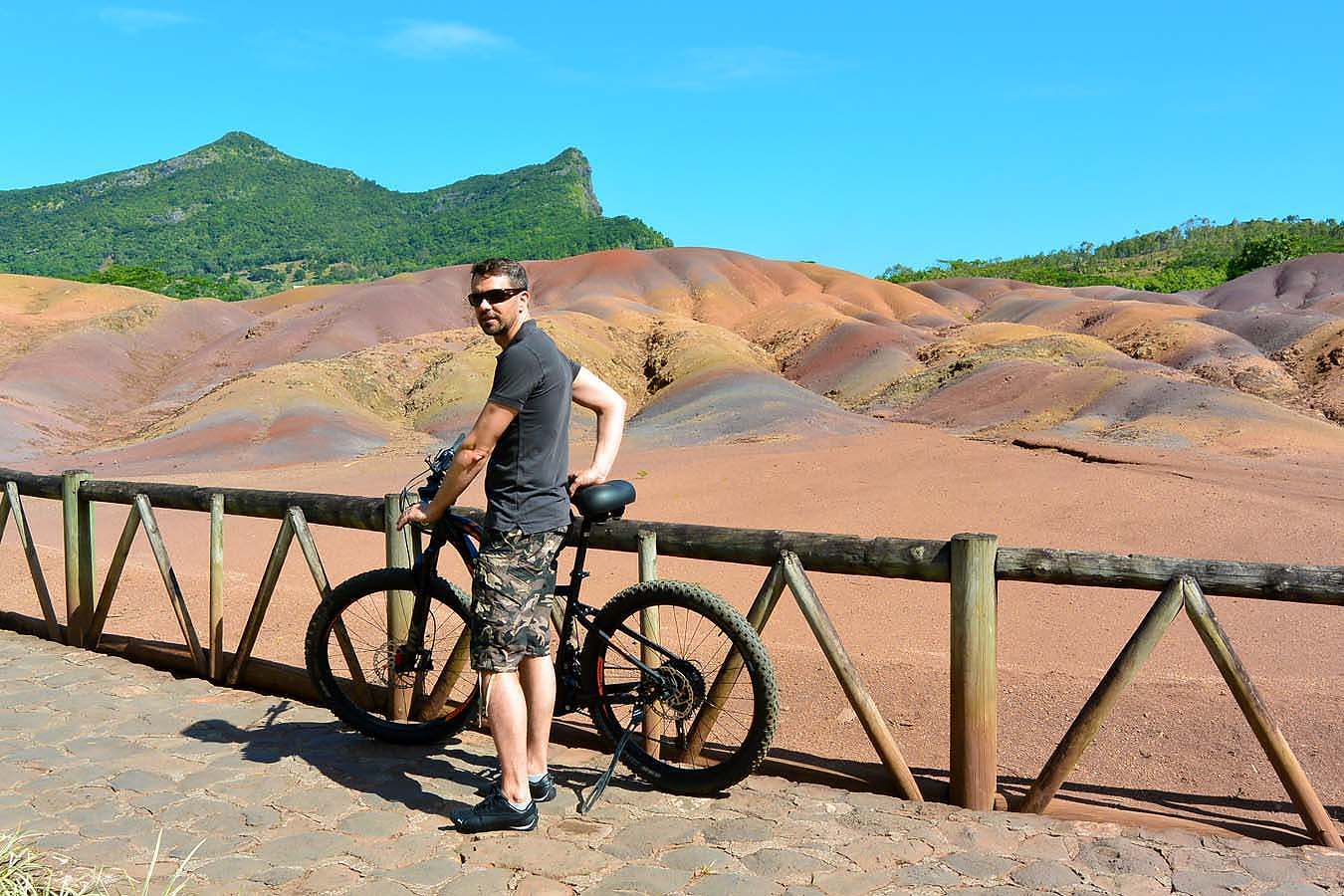 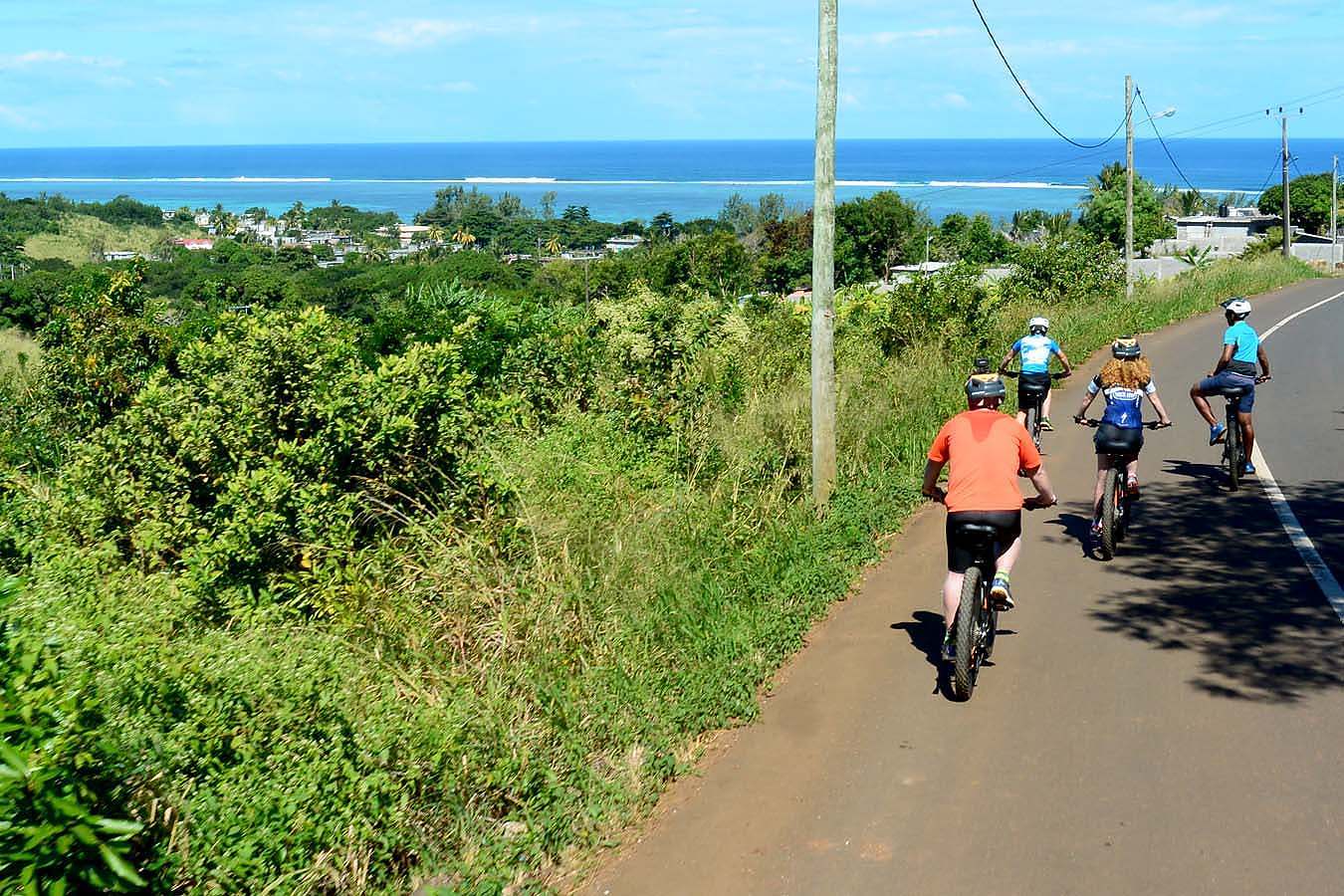 The itinerary of the half-day Chamarel walk with electric bike

The starting point of our guided tour starts at the heights of Chamarel, in the restaurant «Le Chamarel» where you enjoy a made in Mauritius coffee tasting. You will seize this opportunity to admire the most beautiful panorama of Mauritius, a breathtaking landscape with stunning views of the Morne Brabant Mountain and the Indian Ocean. The contrast between the green nature on the slopes of the mountain and the turquoise lagoon completes this magnificent picture.

With your electric bike you will then get to the most attractive sites of the place like La Terre des sept Couleurs (The Seven Colors Land), and the truly impressive Chamarel Waterfall. It is fed by the rivers St Denis and Viande Salée and is about 100 meters high. We continue our trip and pass by the Sainte-Anne chapel in the village of Chamarel to visit some interesting sites.

You will have the opportunity to meet the enormous century-old turtles of ‘Moris’ and admire the old chimney of one of the oldest former sugar factory in the Chamarel region. With your electric bike you will then descend the small mountain of Fantaisie that climbs to 240 m.

You will ride on a beautiful road lined with sugar cane fields, towards the charming fishing village of Baie du Cap where is erected the Matthew Flinders Monument to honour the 200th anniversary of the arrival of the English navigator and cartographer. We will terminate our electric bike trip at La Place du Moulin in Bel Ombre where you can go for a walk and buy some souvenirs.

A safety vehicle will accompany tours of more than four persons, and our qualified Mauritian guides will comment on the strategic places you will visit and allow you sufficient time to admire the beautiful landscapes along your route.

Starting point:Le Chamarel restaurant in Chamarel at 8:30 am

Throughout the route, the guide will make several stops at strategic points to let you learn about the history of the site or tell you interesting anecdotes about Chamarel, Baie du Cap and Bel-Ombre. Rest assured, you will have time for a photo break and enjoy a moment of relaxation, generally very much appreciated.

You may wish to buy small local souvenirs. Bring some cash as the credit card cannot be used.

Taxi:The ride start in Chamarel and end in Bel Ombre. In order to collect your car which you left at the departure point, we can arrange a taxi for Rs 750, amount that will have topay in cash directly with the driver

Will be provided:bicycles, helmets, safety vehicle (for groups of more than 4 people), professional guides, coffee, entrance fee at the seven colours land. 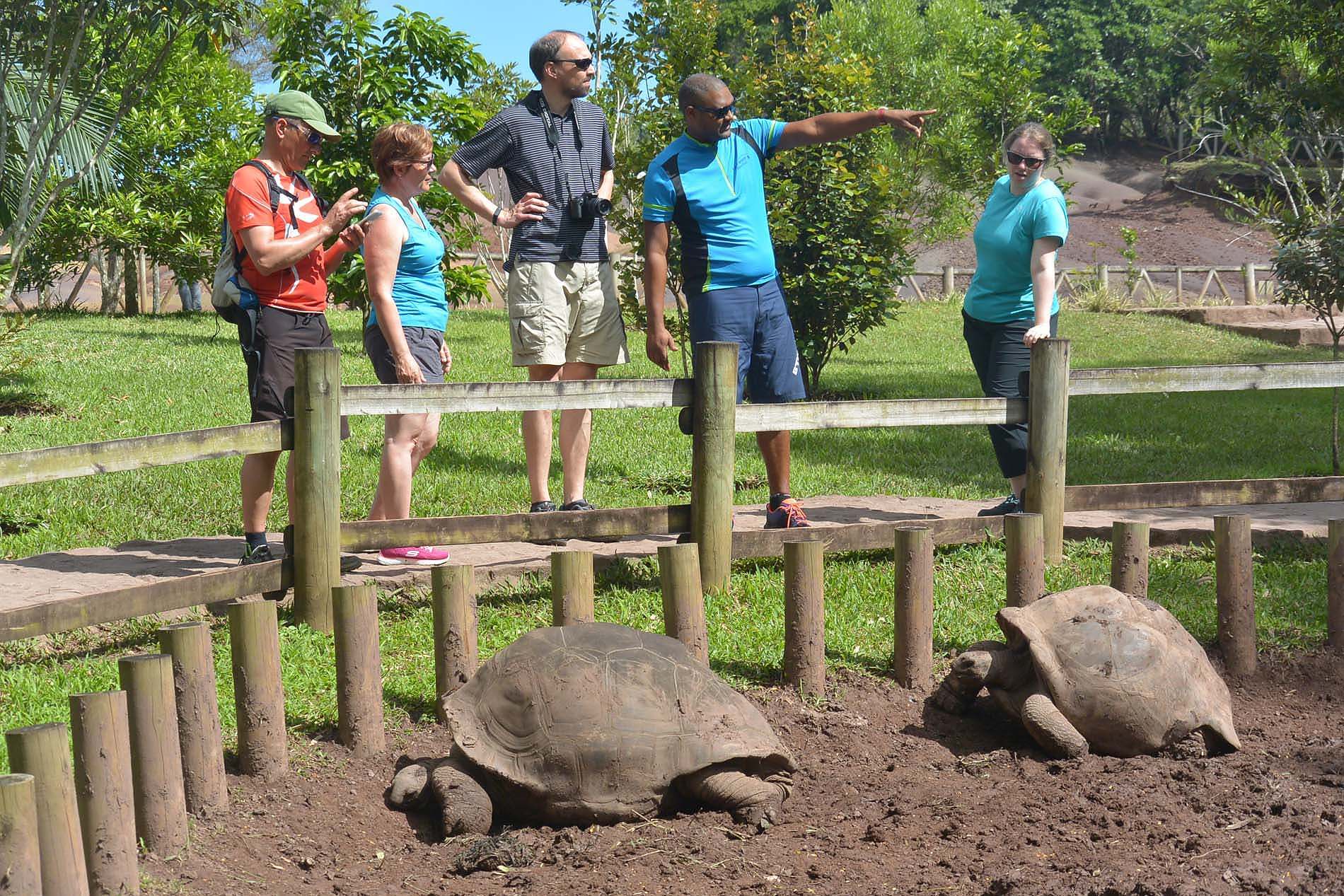 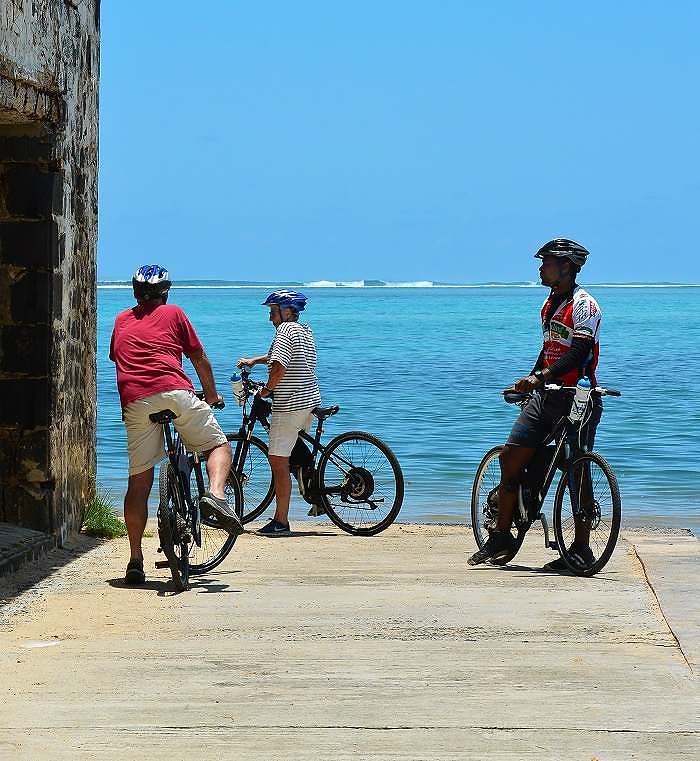 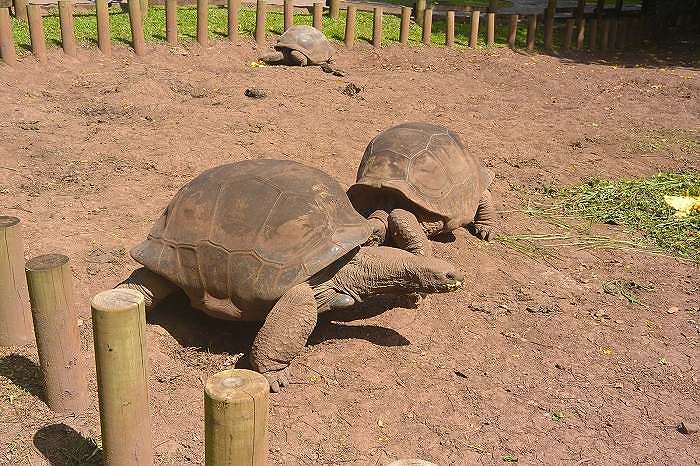 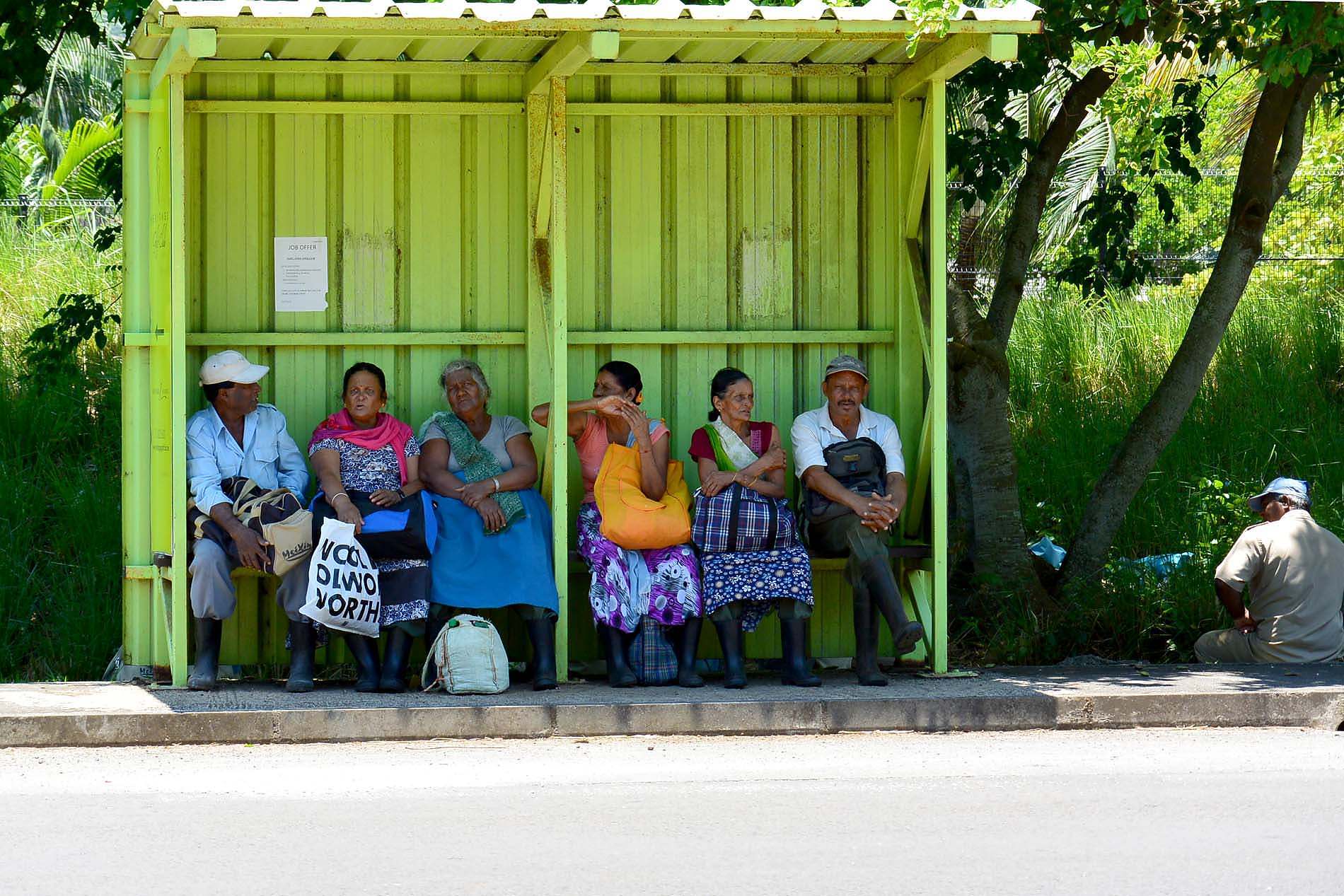 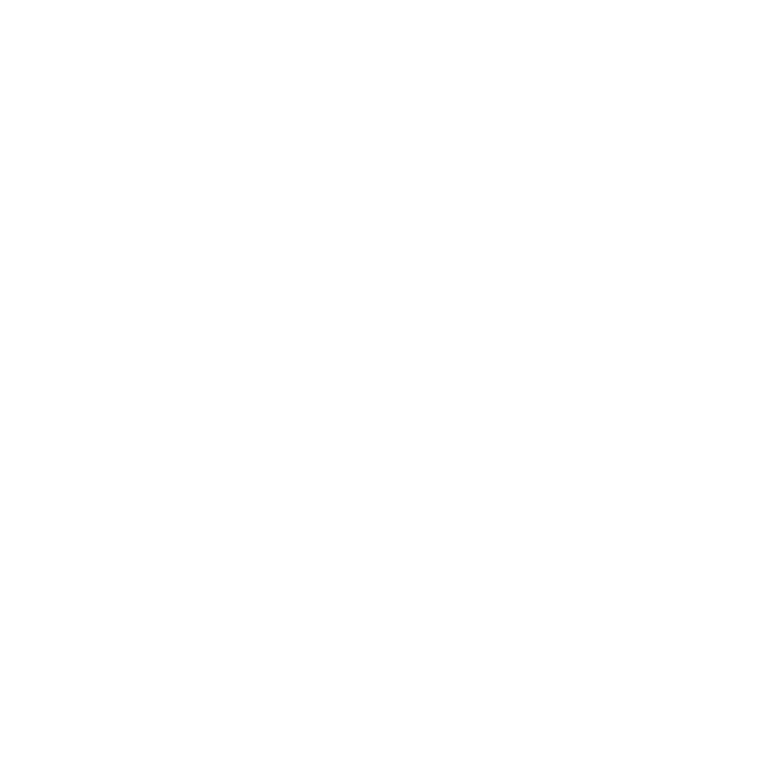 Photos of your trip in Mauritius will be available on a CD at Rs 800.

To make the ride in good conditions, children will have to be more than 1.47m high and know how to ride a classic bike. 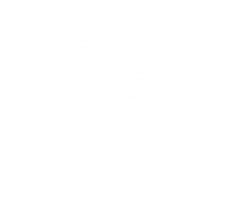 THE HISTORY OF THE CHAMAREL REGION, MAURITIUS 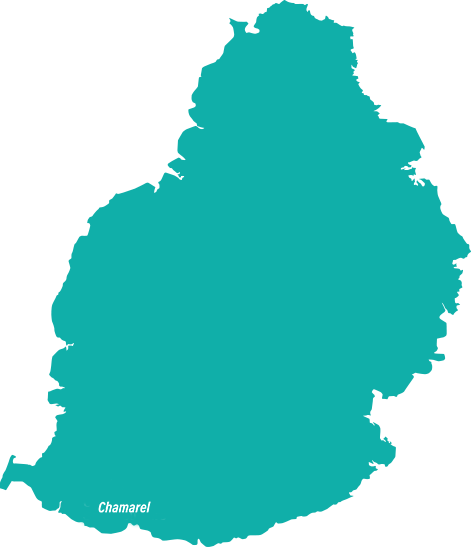 Between Black River Gorges National Park and Morne mountain lies the Chamarel region, 400 metres above sea level. It is one of the places to visit absolutely during your holiday in Mauritius.

Chamarel is a small village of Mauritius and has only seven hundred inhabitants. Chamarel is known for its Terre des Sept Couleurs (Seven Colours land) linked to a rare geological phenomenon. Indeed, the Terre des Sept Couleurs at Chamarel is a small open space in the middle of a forest where one finds small mounds of earth with seven variations of colours of which the most visible ones are ochre, brown, red and purplish. This phenomenon is due to the presence of volcanic ash containing mineral oxides of different colours brought to light by erosion for centuries.

The peculiarity of this earth, it is said, is that once mixed, the colours will separate themselves over time. But far from the tourist clichés, the village of Chamarel and its region reserve many other surprises. Thus, the old Sainte-Anne chapel, dating from 1876, is a place of pilgrimage on Assumption Day and also sees festivities taking place during the year.

Chamarel also hosts a superb coffee plantation, unique in Mauritius, that produces Arabica. Grown on 16 hectares, the coffee plants have been carefully selected according to temperature, rainfall, soil quality and sunshine.

The first owner of the lands of Chamarel was Jean Louis Lousteau. In 1785  the lands were transferred to his sons, Toussaint and Charles-Antoine de Chazal de Chamarel. The latter settled there around 1793 and supplied wood to the colony by exploiting the forest. He also cultivated, among others, coffee and sugar cane. It was only around 1845 that the first sugar cane factory was built but it closed its doors in 1897. Its chimney, still intact, can be seen on the Domaine de La Vieille Cheminée… 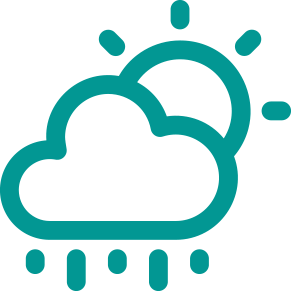 The climate of Chamarel

In Mauritius, thanks to its tropical climate, the sun shines during the major part of the year, especially on the coast. Mauritius is a mountainous island and quite hilly in the center and in Chamarel.

The temperature is very variable along the same day giving the impression of crossing four seasons in a single day. This microclimate found in Chamarel brings sun, clouds and rain. So make sure you have appropriate clothing when you visit.